Of hybrids and hamburgers

Of hybrids and hamburgers 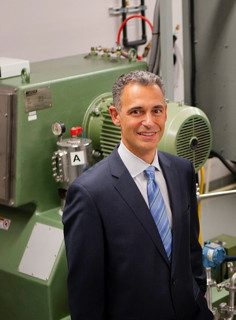 March 1, 2015: Key to creating the electrification of transport in the future will be our ability to deliver an affordable battery pack. However, Larry Thomas, president of Primet Precision Materials, questions whether we are going the right way about it.

If you’ve spent any time at automotive battery conferences, you’ve seen plenty of presentations by researchers claiming to have developed the Next Great Battery Chemistry that’s going to reduce the cost and extend the range of tomorrow’s electric vehicles.

Those of us in the chemical industry think a little differently.

When we look at a Cadillac Escalade with the Platinum trim package that retails for $82,585, we see a vehicle that weighs 5,694 pounds. We describe this vehicle in the same figures we use to describe transactions between chemical companies and their customers. This car costs $15/lb.

Put another way, the top-end luxury vehicle sells for about the same price as a filet mignon from your local butcher, and an entry-level subcompact sells for the price of lean ground beef.

This pricing relationship has held true for decades. But it shifts from being an academic curiosity to an “industry imperative” when it’s applied to an EV battery pack.

A plug-in hybrid like the Chevy Volt carries a 16-kWh battery that weighs 435 pounds. The general consensus is that packs of this size are being sold to the auto OEMs at roughly $700/kWh.

Applying our metric we come to a sobering figure: This battery costs $25/lb.

Which means as an industry, if we want to see electrification of vehicles in all categories including that entry-level subcompact, we have to find a way to deliver a battery pack with filet mignon performance for the price of good ground beef.

And our starting point is almost twice as expensive as the filet.

To achieve those cost reductions, the battery industry has focused its attention on the cathode and anode. Rightly so. These materials determine the performance of a battery. They’re also the most expensive components of the battery both in terms of dollars-per-pound and dollars-per-pack.

But too much of the effort to reduce those costs has focused on the wrong problem. The vast majority of university, industry and government funding has gone into the search for the magic combination of alkali and transition metals that will deliver the greatest charge per unit weight or volume.

Lost in this conversation is a much simpler and more important question: How are we going to reduce the cost of those materials in dollars-per-pound?

As an industry, we’ve made improvements by substituting expensive cobalt with less expensive metals like iron, aluminium and manganese. Despite this “success”, today’s anode and cathode materials still typically sell for $10 to $20 per pound – filet mignon prices that don’t reflect the low cost of the base ores.

The problem is that the cost of the base mineral ore is not what drives the cost of these advanced materials.
Lithium iron phosphate (LFP), for example, may trace its roots back to minerals like spodumene, hematite and phosphate rock that are pulled from the earth and available in massive quantities for under a dollar a pound.
But on their way from the mine to battery fab, those ores must undergo a series of progressively more expensive and painstaking multi-step manufacturing processes to create the highly-engineered cathode material that the battery makers buy.

And these costs are only going up with the next generation of battery materials., many of which are based on exotic multi-phase and nanostructures that will be even more expensive to make – even if they’re made from “low-cost” materials like iron, manganese and silicon.

Many industry analysts say that costs will come down as the scale of production increases, a refrain often echoed by materials producers themselves.

We need to recognize that incremental improvements of current manufacturing processes will not deliver the step-change in costs that the auto industry demands – not even for the cathode materials that are in use today.

Production of electrode materials for lithium ion batteries is a mature, 20 year old business. Worldwide production is over 100,000 tons per year. Producers of consumer-sized cells have been under withering price pressure for a decade, and have placed enormous competitive pressure on their suppliers. It’s reasonable to suspect that most incremental costs that can be wrung from traditional production methods have already been realized.

Analysis of the production technologies used to make electrode materials confirms this suspicion. These processes rely on unit operations like co-precipitation, spray-drying and calcining. These are processes that have been used in the chemical industry for decades, if not centuries.

Production by these methods has reached the limits of cost and scale: They are already as large as possible while maintaining process conditions that will make materials within specifications. There are no additional economies of scale to be gained by building a spray-dry tower that’s six stories tall instead of the five-story units in service today. No one is proposing to build a calcining oven that’s 50 metres long to improve on the economics of the 40-metre units found in today’s plants.

The only economics-of-scale for which the materials industry has line-of-sight is to build plants with four production lines under each roof instead of two.

Further, the process requirements of next-generation materials are even more exacting. Tremendous process R&D work is required to make any of the high-voltage electrode materials being discussed today in conventional industrial-scale process equipment. In fact, there are good reasons to doubt whether some of these materials can be made in an industrial setting at all.

Yet the development of advanced manufacturing processes has received a small fraction of the R&D funding and almost none of the attention at any level in our industry. This has to change.

Put another way, our problem is not the cost of the meat on the bone. And the solution is not to find cheaper cows.
The flavour of battery chemistry involved doesn’t matter. The cost of producing the advanced materials used in those batteries matters a great deal. Our priority as an industry must be to find cheaper manufacturing process technology to transform basic minerals into advanced materials at the lowest possible cost.

There are many such efforts underway. My company is taking a clean-sheet approach to particle processing, which could radically reduce the capital and energy cost of electrode materials manufacturing. The US Department of Energy’s Argonne National Laboratory has established a new centre focused on process R&D and materials scale-up.
But initiatives like these garner a disproportionately small amount of attention from our own industry, let alone from the universities, government and the auto OEMs that can shift the battery conversation from “new molecules” to “new manufacturing techniques”.

Funding priorities need to shift as well, with resources applied at all stages from basic process R&D to deployment. It’s only through radically different process technology that we can hope to make battery packs that will deliver filet mignon performance in an EV that sells to consumers on a ground-beef budget.

Larry Thomas is the president of Primet Precision Materials, a process technology company based in Ithaca, NY that’s applying its patented NanoScission process for production of advanced electrode materials at low cost on an industrial scale. Visit www.primetprecision.com.