April 28, 2015: Sealed lead acid batteries had been the goal of the battery industry since the time of Gaston Planté. But it was only in the 1960s that real advances were made. John Devitt was a key figure and early pioneer in the development of the first VRLA battery. Historian Kevin Desmond reports.

On April 13, 1965, John Devitt, a 40-year-old electrical engineer, sent a memo to George Jenkins, head of research of the Gates Rubber Company, in Denver, Colorado. The nine page memo entitled “Lead-Acid Sealed Cells” was to revolutionize the battery industry. 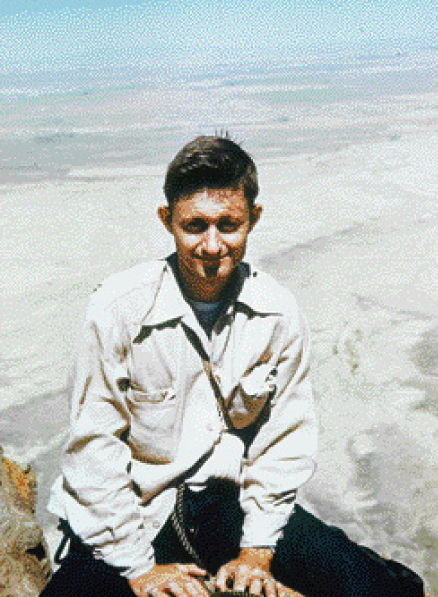 Briefly, Devitt’s proposal recommended the development of a cell which would perform in a manner similar to that of the sealed nickel-cadmium batteries then being sold.

The proposed cell would provide high-rate discharge capability and thus would employ a spirally-wound electrode configuration. Importantly, it would use less-expensive materials.

John Lawrence Devitt was born in 1925, in Denver, Colorado. His father, also from Denver, was a prominent orthodontist, who had financed his course at dental school by working as a streetcar conductor. His mother, secretary to the Denver Public Schools Superintendent, could play anything on the piano by ear.

Devitt decided to become an electrical engineer in his third grade. By then he was making his own electromagnets, inspired by his mother’s high-school physics book.

Living near the Rocky Mountains, Devitt also became a keen mountaineer, cross-country skier and hiker. He joined the Colorado Mountain Club in 1946 — and has been an enthusiastic mountain climber all his life.

“By the late 1940s, I was in graduate school at the University of Colorado Boulder, studying advanced electrical engineering,” says Devitt. “As I was also a musician, I was leading the university jazz band — where, by the way, the best players were engineering students! I was to send the written Dixieland chart music when we were finished with them to a fellow named Harry Sparkes Jr in New Jersey (Harry was a friend of the man who had written these charts.)”

The little shop in south Denver where the VRLA battery was born and raised.

And here co-incidence, call it fate, intervened. “Soon after this, I met up with him and his father, Harry Sparkes Sr, in New York.” Sparkes Sr, also happened to be vice-president of the AMF Corporation, agreed to read young Devitt’s degree-winning Masters thesis: an ingenious timing system for the Pikes Peak annual auto races.

“In 1950, when the time came for Sparkes to pick a chief engineer for his forthcoming battery factory in Colorado Springs, he tagged me,” says Devitt. “The objective was to manufacture silver-oxide/zinc batteries for air-to-air Navy missiles. At that time no one had come up with a reliable solution. So it was up to us.

“I was always the homework type, so I found articles in the Electrochemical Society publications by the Army Signal Corps guys, who had done it. By then my direct boss was Sam Auchincloss, another AMF vice-president. (He had been general MacArthur’s assistant signal officer in the Pacific during WW2 and knew the folks at the US Army Signal Corps Laboratories in Ft. Monmouth who had done the successful work.) Sam and I went there, picked up the good recipes, and the rest was history.”

Between 1943 and 1955, Devitt had been on the US Naval Reserve. He would only ever hold the rank of lieutenant because the Navy preferred that he concentrate on battery development.

In 1955, not wishing to follow the AMF factory re-location to North Carolina, Devitt remained in Denver where he helped set up what later became Power Systems Division of Whittaker Corporation. The Whittaker batteries, dry during storage, could be quickly filled with electrolyte by a self-contained mechanism which activated a fully charged battery.

The factory was the main source of batteries for the Minuteman, Polaris and Poseidon ICBM missiles.
Devitt created and managed engineering and manufacture of these. “But before long,” says Devitt, “I became bored with the bureaucratic nonsense connected with defence procurement and decided to go into civilian work.”
In the early 1960s, he was chief engineer of the Metron Instrument Company, developing electronic measuring devices and optical equipment.

Gates and the battery business

Meanwhile other forces were about to shape his destiny and here fate came in the form of a firm called Gates, then the largest manufacturer of rubber belts and hoses in the world. In the 1960s, it was privately owned by the Gates family; Charlie Gates was CEO, and ran the company his way. That included an unusual willingness to experiment with new types of products and even completely diverse enterprises.

The local Denver grapevine one day yielded the news that Gates was interested in going into the battery business. Devitt leapt at the opportunity. He joined them in January 1965. Three months later, he submitted the historic memo.

One object of his pre-Gates civilian battery investigations had been sealed nickel-cadmium cells, which he had heard described at the autumn 1960 meeting of the Electrochemical Society. Another object of his earlier, preliminary work was to find, if available, more-or-less maintenance free lead-acid batteries. 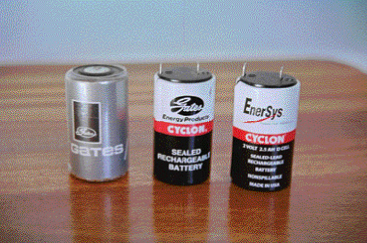 The only ones then worth studying were made by Sonnenschein in Germany and, at that time, imported by Globe Union. These were called “gel cells” because of the siliceous addition to the acid which turned it into a stiff jelly and kept it from running out of the battery when it was in a spillable position.

“In 1965 the sealed, spirally-wound nickel cadmium cells operated successfully because they employed oxygen recombination at the negative electrode during the inevitable overcharging which occurs,” he says. “This feature had been recognized by many lead-acid researchers as a desirable way to improve battery usefulness, but none of them had been able to accomplish it to a useful degree.

“Our main obstacle was the conflict between providing enough reactive acid in the cell while allowing oxygen gas, generated at the positive electrode, to pass directly through a gas space to recombine at the negative surface. Put simply, the separator between the electrodes could not be wet and dry at the same time! At first, we had no idea what combination of new ideas would solve this riddle…”

So in 1967, Devitt and his 12-strong team, in particular Donald McClelland, began work on the research and development of small cylindrical lead/acid cells containing spirally wound electrodes. The first “Gates D-Cell” was shown to the board on November 10 that year.

Four years later, in mid-1971, the resulting products were offered for sale by Gates Energy Products: one cell equivalent in size to the conventional manganese dioxide D-cell, and another, the X-cell, having twice the capacity.

An early form of AGM

These cells were the first to use a separator material consisting of microfiber glass paper, now generally termed “absorbent glass mat” (AGM). This material, the last of scores of tries using diverse separator materials, has the remarkable ability to absorb enough acid to carry out its stoichiometric role in the classic lead-acid reaction equation, yet remain slightly unsaturated to the extent permitting direct passage of oxygen to the damp negative plate surface.

(The alkaline electrolyte in a nickel cadmium cell has no quantitative role in reactions within that cell.) Oxygen recombination in a lead-acid cell can go on indefinitely, limited only be heat dissipation and lead corrosion.

“For us, this was the Eureka moment!” he says.

A number of technical developments were later incorporated including substantial compression of the plate-separator assembly.

This greatly lengthened the service life of these first valve-regulated cells. Although the pressure-relief, check valve used in these cells is crucially important, the valve does not regulate the cell.

This designation for these batteries, now well embedded in practice, is unfortunate. The valve prevents oxygen (air) entering the cell, and also provides some pressure rise, enhancing reaction kinetics.

In the following years, many sizes of rectangular batteries using these principles have been manufactured throughout the world. Based on his development over a 100 battery plants throughout the world produce VRLA batteries for UPS, traction, automobile, telecommunication, and HEV applications Devitt recalls “George Saul and I were at the annual Army Signal Corps meeting in Atlantic City in about 1971 and we had several of the then saleable D-cells (they were flying out of the pilot plant). George was a sensational salesman I had picked up from GE. We took a D-cell — the one with two Amp tabs protruding from the top, exactly as still sold now, and showed it to the guys in the Eveready hospitality suite.

“Then we did what has become the famous paper clip trick: Straighten out an ordinary paper clip and then (with covered fingers) set it on top of the two terminals. It quickly glows bright-red hot and melts. We knew that the short-circuit current of the cell was over 200 amperes! This was at least an order of magnitude greater than Eveready could do.”

In 1972 Devitt left Gates to go freelance and has operated a consulting engineering business which emphasizes laboratory development of new products as well as general consulting work in America, Europe and Asia.
Some completed projects include: the first maintenance-free batteries for the General Battery Corporation; lead-chloride plates including initial production machines; making lead acid cells and batteries equivalent about 100 automotive batteries (all R&D); low-cost fluoborate battery for automatic fire alarms; an automatic surgical soap dispenser; a battery-testing laboratory; and international assignments including assisting managers in South Korea and Taiwan and much more.

Devitt is also author of four scientific publications and eight patents. The most important is the Devitt-McClelland patent (US 3862 861) of January 1975, which controlled VRLA intellectual property until its expiration in 1992
In 1986 he received the Research Award of the Electrochemical Society for the VRLA battery with closed oxygen cycle.

In 1999 he received the Gaston Planté Medal from the Bulgarian Academy of Sciences, for the same achievement.
Aged 85 Devitt still works actively as a consultant, primarily choosing projects aimed at the simplified manufacture of high performance VRLA batteries for the coming new generations of conventionally-powered automobiles.
In September 2007, Devitt was awarded the International Lead Award in Shanghai. This was most certainly based on the realization that his work at Gates had produced the largest single boost to total lead sales of any invention in the 20th century.

This may seem an enormous claim but when one looks for competition to it, one fails.