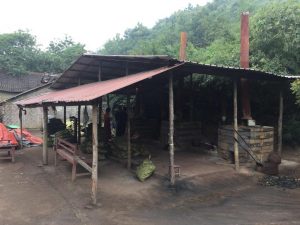 May 23, 2018: Battery recycling consultant Brian Wilson has cast doubt on recent media reports about ‘countless piles of dead batteries’ littering African countries, telling BESBthe situation is more likely to be quite the reverse.

“Depending on the size of the used lead battery, the scrap value can be between $10-$ 20 o rmore for some of the large solar storage lead batteries.  So, why would people leave them laying on rubbish dumps or put them there in the first place?

“You only need to visit rubbish dumps across Africa to see this isn’t happening. I would be surprised if you ever see piles of used batteries just left laying around. The battery cases themselves can also be recycled into battery cases or other polypropylene moulded products and so it is hard to come to terms with accounts of “piles of ULAB.”

Moreover, although the reports claimed there were ‘countless piles’ of used lead batteries in Africa, it did not specify in which country, nor did it include any photographs, so it makes it difficult to confirm the report.

“There are 52 countries in Africa and I haven’t been to all of them, but I am in the process of doing a survey of the ULAB recycling status in all of them,” said Wilson.

“It is possible that the report might refer to used batteries that are about to be dismantled in Africa and then shipped to another country where there is a shortage of lead, it is difficult to say without any more details.”

“Trojan is a huge advocate of recycling old lead acid batteries for several reasons with the most important being to avoid contaminating the environment with toxic waste.  Not only are there many options for individuals and businesses to safely and responsibly recycle their used batteries, they can get paid by local recycling companies when they turn in their batteries for recycling.  The lead plates, along with 98% of the entire battery, is recyclable. Aside from the environmental benefits the value of the “spent” battery can help feed families and add to the economy,” says Michael Grundke,general manager, EMEA for Trojan Battery.

Paula Berning is the corporate sustainability manager for Mobisol, a solar panel company based in Berlin that has partnered local battery manufacturers and recyclers in Kenya and is aiming to do the same in Rwanda and Tanzania, that is, to offer decentralized solar systems based on lead batteries rather than lithium batteries, because there are no recycling plants for lithium batteries in Africa.

Associated Battery Manufacturers in Kenya, for instance, takes used solar batteries from Mobisol customers and recycles them in their environmentally sound and licensed lead smelter.

Mobisol has been working with ABM since 2013, to secure an environmentally sound recycling solution for the original systems’ batteries when they reach the end of their useful life and the company found a closed loop solution with ABM.

“I can only speak for Mobisol but I would say there is a certain responsibility to a distributor to take care of their product when it is sold into the market, but it is understandable with the infrastructure in some of these areas that it won’t always be an easy thing to do, particularly in emerging economies in Africa,” Berning told BESB.

“Public and private sector collection mechanisms do need to be in place for recyclables, and as well as a foundation from governments, with the necessary regulations, there does need to be better infrastructure and partners that you can work with.”

Brian Wilson has worked on several ULAB recycling projects, including advising on affordable and sustainable recycling plants in Africa.

One issue not in dispute is that the standard of used lead battery recycling in certain African countries is inconsistent with the Basel Convention Technical Guidelines for the ESM of ULAB. Atat a UNEA meeting in Nairobi in December last year a resolution was adopted that mandated UNEP to raise the HSE performance of the ULAB recycling industry in emerging nations and eliminate improper and unsound recycling operations.