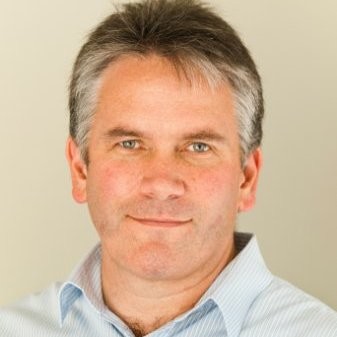 May 23, 2018: East Penn Manufacturing has entered into a partnership with the carbon fibre technology company ArcActive to produce batteries with new electrodes that could mean world-leading levels of dynamic charge acceptance, the firms announced on May 10.

ArcActive managing director Stuart McKenzie told BESB on May 22 that the deal could change the future of lead batteries and not just in automotive applications. This is because increased DCA means batteries would be able to operate in partial state of charge without resulting degradation, making them perfect for renewable energy storage.

ArcActive, based in Christchurch, New Zealand, has been working on its carbon fibre electrode technology for seven years. McKenzie said the firm had been talking to East Penn about it since 2012 before the partnership was officially agreed a couple of months ago.

Now the deal has been struck, ArcActive will supply East Penn with carbon fibre that will be added to East Penn’s battery electrodes.

“Lead batteries have always had the issue of low DCA and we have been working to help car companies improve fuel efficiency and CO2 emissions,” he said.

“It has been incredibly hard to improve DCA without causing problems in other areas — for example water consumption — but now we have made these big improvements and it’s not just going to mean opportunities for automotive, it’s going to open up opportunities for any partial state of charge application.

“There is a trade-off, however — the electrodes can’t be made with traditional processes. It has taken seven years to develop a process for getting the paste on to the fabric, but it can be done quickly and smoothly now.

“I can’t see an argument that says lithium would make more sense than lead in these applications.

“I don’t think we have appreciated how valuable lead capacity actually is, and lead has now got these amazing opportunities.”

East Penn chief operations officer Bob Flicker said the agreement would allow East Penn to scale up the manufacture and testing of batteries with the electrodes.

“New applications require better cycling performance and charge efficiency from their batteries. As time progresses, these functional demands will continue to increase. Integrating the ArcActive electrode into an existing lead battery technology has the potential to significantly increase the efficiency of the battery’s cycling capabilities,” he said.

“This will be especially beneficial to applications that require the battery to perform while partially charged, such as hybrid electric vehicles, renewable energy generation, energy storage, and motive power equipment.

“Lead battery technology has so many advantages when it comes to its recyclability, affordability, and safety; and we are continually seeing advancements on the efficiency of its charging, or Dynamic Charge Acceptance (DCA). By improving a lead battery’s DCA with ArcActive technology, you can even further expand it role as applications continue to evolve and demand more efficient cycling at a partial state of charge.

“The innovative way this electrode could be combined with other advanced battery designs could result in a new type of lead battery with substantially increased performance.”