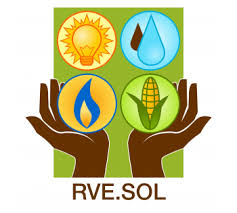 May 23, 2018: The potential for lead-acid batteries is huge in Africa as more and more communities install mini-grid systems, usually combining rooftop solar panels, says Jessica Stephens, the global coordinator of the newly formed Africa Mini-Grid Association and speaking to BESB in mid-May.

“Based on anecdotal feedback from some of AMDA’s member companies, consumers are using lead acid batteries with a five to seven year lifetime depending on cycling. Some are also using lithium-ion.

“As the sector continues to grow batteries will continue to be a major component of Solar PV mini-grids.  We are looking forward to seeing continued efficiencies in battery performance.”

AMDA, which comprises 18 member companies in Kenya, Tanzania and Nigeria with plans to expand to be pan-African, aims to help end energy poverty in Africa.

AMDA began last year, said Nairobi-based Stephens, as an informal gathering of private utilities from Kenya and Tanzania aiming to work together with local governments and other stakeholders.

“They realized quite quickly they were going to need something quite similar to represent the mini-grid industry,” she said.

“Mini-grids make the most sense in these communities. In sub-Saharan Africa there are 600 million people who don’t have access to electricity — and 80%-85% of these are in rural areas.

“The International Energy Agency says that mini-grid and other distributed renewables are the most cost effective way to deliver electricity to those people. Centralized grids will also play an important role too, but there has to be an integrated approach that includes mini-grids.”

Capitalizing on these opportunities is Trojan Battery, the deep-cycle lead battery maker.

The firm has developed a Solar AGM battery ideal for storing solar power generated on rooftops, and many have been installed in projects around the world, in the remote regions of Tanzania and Kenya as well as in the continents of South America and Asia, where there is similar need.

Stephens said some organizations—such as the World Bank, the African Development Bank and the International Energy Agency— are more actively supporting mini-grids with battery storage, however, access to more affordable finance and clearer national electrification plans are still needed before the industry can scale.

“AMDA is advocating governments and donors pursue the least-cost option for rural electrification and support rural electrification projects irrespective of whether private sector or parastatal utilities are developing the projects. Private sector companies are better positioned to drive efficiency improvements, including in battery efficiency, in infrastructure costs and service delivery, both of which are essential to realizing universal access to energy.

“Nigeria, Kenya and Tanzania have all taken steps to put a mini-grid policy framework in place, and we’ll be working to make sure that best practices are adopted by other countries.”