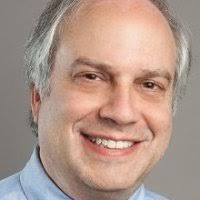 July 19, 2018: Michael Kirschner, a former member of California’s Department of Toxic Substances Control’s advisory panel on SCP — safer consumer products — this week said the policy to add lead batteries to its Priority Product Work Plan is ‘another step in the wrong direction’.

Kirschner is the founder of Design Chain Associates, an environmental consultancy that helps manufacturers put social and environment requirements in place.

He sat on the Green Ribbon Science Panel between 2009 and 2013, a group of government officials, NGOs and academics that advises the DTSC on its SCP regulations.

Seven categories — beauty products, cleaning products, furnishings, building materials, office supplies, food packaging and lead acid batteries — are in the three-year work plan. If classified as priority products they will have to undergo an Alternatives Analysis process whereby manufacturers would have to seek other options.

Kirschner says the SCP approach to find alternatives delivers nothing new and is unnecessary — because manufacturers are already doing it.

“Fundamentally the SCP approach is to make manufacturers think about the specific chemical substances — or sets of chemical substances — that they are using and whether they can identify alternatives that are less toxic or more aligned with the principles of green chemistry, etc,” he said.

“In this case, that means you address lead, or the lead-sulfuric acid system. Once you make that step you are simply looking at other battery technologies such as NiMH or Lithium ion, etc. So it’s something battery manufacturers and customers have been doing for a long time.

“The SCP approach is a waste of time. Plenty of this sort of work is already being done and newer battery technologies that might be able to replace lead acid are already less toxic, but not necessarily less problematic in terms of recyclability.

“SCP’s focus is on product design; recyclability and the process for recycling is an important design consideration, and California’s issues at specific locations are serious — but a vast amount of battery technology research is already being done today to address legacy battery issues, including toxicity.

“”We all too often end up with ‘regrettable substitutions’ — the use of other chemical substances selected for functionality and/or cost that perform no better than the substances they replaced in terms of environmental and human health toxicity,” he said.

Out of seven product categories in the DTSC’s 2018-2020 Priority Product Work Plan, Kirschner says all but lead-acid batteries have the potential to expose customers throughout the state to the chemicals defined in the plan.

“This is not the case with lead batteries, except for the manufacturers and recyclers,” he said.

In December, a group of automakers and battery industry representatives lobbied California’s authorities to drop the plans to add the batteries to the work plan, saying the move would not be a science-based, data-driven approach to address and concerns.

In a 16-page letter to the DTSC, the Association of Global Automakers and the Alliance of Automobile Manufacturers said there was minimal risk of lead exposure, already extensive regulations in place, and no widely alternatives had yet been developed that were functionally acceptable.

BCI director of strategic communications Lisa Dry said: “Mike, as a former member of the Green Ribbon Science Panel, has an informed perspective on whether lead batteries should or should not be listed as a Priority Product. We agree that DTSC should look to other products that consumers come in contact with that present real risk – not lead batteries that are self-contained in a sealed box under the hood of their vehicle. As he noted, when examining alternatives, the SCP approach can come up with a regrettable substitution – in this instance, it could be a battery choice that can’t match the sustainable aspects of lead batteries which are recycled at a rate of nearly 100%.”