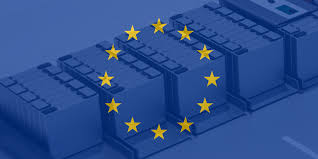 October 11, 2018: The European Commission report Towards the Battery of the Future, released in September, says innovation in battery technology is imperative, and while hailing lithium as today’s battery of choice, delivers stark warnings about the chemistry. It is particularly scathing about the issue of the end-of-life for lithium batteries.

“Spent lithium-ion batteries are a pressing concern, given their high number,” the report says. “Globally, it is predicted that there will be over 25 billion by just 2020, driven largely by the rise in electric vehicles.

“Within the EU, these batteries cannot be landfilled as they leach substances that are potentially toxic and can also explode. Likewise, they cannot be incinerated as the ashes remain toxic in landfill.”

Produced by the EC’s Science for Environment Policy team, the report emphasizes the importance of batteries for the future health of the environment. “High-quality and technologically innovative batteries are imperative for the EU in the context of its move towards a low-carbon, climate-friendly and more circular economy,” it says.

“At the global and EU level, lead-acid technologies are expected to still prevail in 2025 in terms of volume, but the lithium-ion market is expected to become greater in terms of value from 2018.

“The use of lithium-ion batteries is expected to accelerate in the near future. Their design is likely to evolve during this time, but scientists believe that they may soon reach their performance limits, particularly in terms of their energy density.

“Thus, in addition to efforts to develop future evolutions of lithium-ion, the quest is now on to identify potential alternatives that offer better performance with an improved environmental profile.”

The report warns that although “there appear to be sufficient reserves of most of the key constituents of lithium batteries — the most quickly growing form of technology on the battery market — to meet near-term and predicted increases in demand for batteries”, it would be misguided to rely on these reserves in the event of an increase in demand or flaws in supply chains.

“In addition, concerns remain surrounding the toxicity and safety of certain battery components. For instance, there are issues relating to some of the materials used in lithium-ion technologies, including active materials in the electrodes and electrolytes, notably cobalt, as well as the substances that bind electrode materials together.”

The report advocates increasing the energy density of batteries or finding alternatives to the toxic materials, but while it says a combination of battery technologies will be used in the future, it says these are impossible to identify and are likely to be the most environmentally sustainable.

“This is the circular economy in action. And as Europe’s energy storage needs expand over the coming years, advanced lead battery technology will become increasingly important in delivering Europe’s decarbonization and electrification ambitions.”

“The report rightly raises questions about the sustainability of battery technologies, and lead batteries are in a strong position because of our ongoing record of high recyclability and adherence to the circular economy principles. The issue Europe faces is that it needs a wide range of battery technologies to meet future energy storage needs, and only lead batteries and some other technologies realistically offer that level of scale and capability.

“And of course advanced lead batteries and the work we’re doing to innovate and improve performance just serve to enhance their value to Europe’s energy storage future.”

Another industry commentator said: “This is a damning report, showing the inability of the latest technology to fulfil the exacting environmental standards that we believe are necessary for the energy storage systems of the future.”