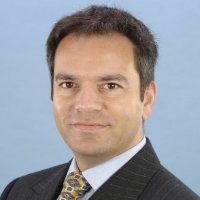 May 23, 2019:  The US hike in tariffs on $200 billion of Chinese goods to 25% on May 10 will hurt battery exports and companies from the country, according to Farid Ahmed, principal analyst on lead for Wood Mackenzie (pictured).

“The export trade in lead batteries has been worth approximately $400 million a year over the past decade,” says Ahmed. “A 15 percentage point hike to 25% — the 10% rate was introduced last September — in tariffs is going to hurt the industry.”

According to the Shanghai Metals Market, China exported 200 million lead acid batteries a year to the US, which made up 12-20% of total exports.

Ahmed believes that new tariffs could add impetus to the existing drive for China to move battery production for export markets to joint venture companies set up in nearby countries with lower production costs.

The new tariff structure includes refined lead, but only lead alloyed with antimony. However, Ahmed says this will have a “negligible” effect on the price of the metal.

“At the turn of the century, China was typically exporting around 20 kt/a of refined lead to the US,” he says. “By contrast, in recent years, that total has not exceeded 1 kt/a for well over a decade.

“China’s domestic demand for refined lead has meant they simply haven’t had excess production to spare for export. The Chinese preference has long been to export lead in the form of an added-value product, particularly as a lead battery,” he says.

Trade in lead concentrates flows in the opposite direction — into China — as the US has no primary lead smelters but produces more than 250 kt/a of so-called ‘contained lead’ from its mines.

China has not increased its tariff on US lead concentrate, which remains at 10%, however imports from the US halved in 2018 as domestic smelters began seeking supplies from other countries once the trade war began, according to the SMM.

“The tariffs are expected to impact lead concentrate in China in the short term, but the country’s reliance on seaborne lead concentrate will fall in the long term as the share of lead-containing scrap used in lead melting climbs,” the SMM says.

“Imports of other lead-related products, including lead alloy and lead plate, amounted to 30,000-50,000 mt per year, and this accounted for less than 1% of overall supplies across the country. Those products are expected to feel limited pain amid the US-China trade war.”