The lead battery business — a history in 100 bulletins

The lead battery business — a history in 100 bulletins

October 9, 2020: Four years, one hundred bulletins. That’s almost 1,000 stories looking at the ups, the downs, the successes and failures of the lead battery business. Looking back it’s hard to reconcile that the industry has a reputation for being slow-moving, slow-witted and dull, while the pace and variety of stories tell a different tale.

The biggest news of the past four years was almost certainly watching the final curtain descend on Exide Technologies, the lead battery maker and recycler.

The whole industry was stunned — if not that surprised — as Exide finally accepted it could not climb an insurmountable mountain of debt and non-performing assets with the added cost of the Vernon recycling plant closure.

In January 2017 it had submitted a plan for the final closure of its Vernon recycling plant, and in November 2018 Tim Vargo was brought in as CEO and president, replacing Victor Koelsch.

But in June 2019, BESB broke the news that Exide was selling its European business — and in May 2020, the beleaguered firm confirmed it was to be split up and sold, with the North American business entering Chapter 11 bankruptcy for the third and final time. Within weeks, the American side of the firm was no more, sold at auction to an affiliate of Atlas Holdings and separated into Stryten Manufacturing and Element Resources. 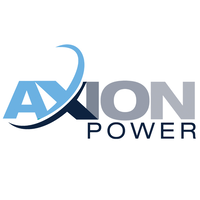 Another firm going to the wall was Axion Power, the lead carbon battery maker, which filed for Chapter 7 bankruptcy in August 2018. In the US this means total liquidation, as opposed to Chapters 11 and 13, which mean the company can reorganize while bankrupt.

The other huge sale of the century so far is that of Johnson Controls Power Solutions, which JCI had been hinting about for years but eventually, in March 2018, it confirmed a review process of the potential sale was under way. In May the following year it became Clarios after Brookfield Business Partners snapped it up for a cool $13 billion. That September, president and CEO Joe Walicki retired, stepping down from BCI as well. He was replaced at Clarios by Mark Wallace in June 2020, after the company opened a new Asian headquarters in Shanghai. 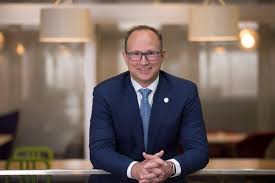 Far too much happened in these four years to name every news story of import, but a few stand out.

In November 2018 power conversion and electricity storage systems firm C&D Technologies, itself bought and made a subsidiary of KPS Capital Partners in September 2017, took over 100-year-old lead battery firm Trojan Battery, which had appointed Neil Thomas as president and CEO the February before. It was a seismic shift in the industry.

in 2017 for its ACE remote management system, but was then taken over by EnerSys for $182.5 million. EnerSys said it would install a high-speed production line at one of NorthStar’s factories in Missouri, adding $175 million of production capacity. 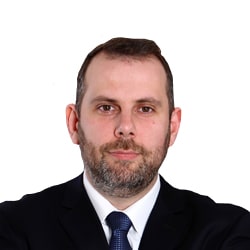 Another battery firm expanding and now the largest lead-acid firm in Europe was Greece headquartered but international firm Sunlight Systems, thanks to a $14 million European Investment Bank loan made to the company in December 2018. It said production would increase from two million cells a year in 2017 to 3.5 million in 2020. Lampros Bisalas was appointed CEO this year at Sunlight, taking over from Robby Bourlas.

When it comes to expansions, separator firms Daramic and ENTEK announced big plans of their own in Asia. In May 2017, separator manufacturer Daramic announced the grand opening of the first major polyethylene separator facility in Gujarat, India. In October the same year, it announced a further $50 million investment in Asia.

ENTEK also said it had its eye on Asia, and in October 2016, announced it was expanding its Indonesian plant with Japanese partner NSG. Both firms expect the start-stop industry to boom in Asia, and the factory at Bogor is planned to double its capacity in 2020.

Meanwhile, lead acid battery separator firm Microporous partnered Zisun in June 2019, which means the firm has added AGM separators to its product portfolio. A year later, it said its new PE separator line in the expanded Tennessee facility was fully functional, trebling capacity in the US.

Bumps in the road 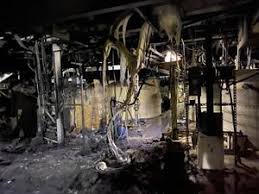 It’s never all plain sailing, not least for AquaRefining lead battery recycling firm Aqua Metals. It started well in 2016, with the firm winning a tax break of $3.6 million for its AquaRefining plant in Reno, Nevada. The firm signed JCI as its first licensee just four months later, but in December 2019 a fire destroyed its facility, and the company began claiming insurance pay-outs which totalled more than $20 million as of August 2020.

The picture looked less than rosy this year for UltraBattery firm Ecoult, a wholly owned Australian subsidiary of East Penn, which installed its first European Ultrabattery in Dublin. In February 2017, it signed a landmark agreement with India’s Exide Industries to make the battery for the Asian market and it was all looking good — until July 2020, when East Penn withdrew its investment and the UltraFlex battery was recalled in Australia for safety reasons.

Separately, East Penn appointed Chris Pruitt as CEO in January 2018, when 66-year-old Dan Langdon retired after 32 years with the firm. 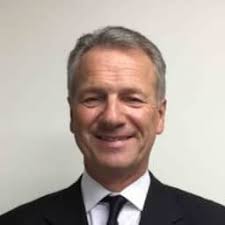 The firm’s technology won the BCI convention Sally Breidegam Miksiewicz innovation award in 2018, and in October the following year it completed what it said was the largest production run yet of its Silicon Joule batteries in an event with licensee Crown Battery. A month later, Hoppecke joined the project along with five other unnamed firms to evaluate the technology before potentially acquiring licences. John Barton was appointed CEO. 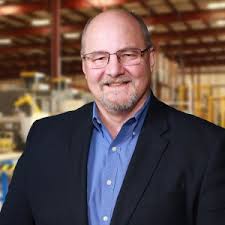 Advanced Battery Concepts signed up its seventh lead battery company in December 2019 for the licensing rights to its GreenSeal technology. Number seven was unspecified, although apparently Asian, and it joined Crown Battery, Clarios, EnerSys, Exide Industries, Trojan Battery and Monbat in signing up to the bipolar technology. A year earlier the company had said it had signed a memorandum of co-operation with Chinese battery maker FengFan, whose batteries are known under the brand name ‘Sail’.

Lisa Dry was appointed director of strategic communications at Battery Council International in September 2017, marking the start of an active communications campaign — the Advancing Lead Batteries Communications Initiative. This, together with the greater amount of legislative and regulatory work that BCI is involved in, also brought about the appointment of Roger Miksad as senior vice president and general counsel. Miksad was already well known to BCI, having acted with lawyers Wiley Rein for BCI for the past 10 years.

The London-based ILA had similar plans: in January 2018 it hired Hywel Jarman as communications director

to mark the beginning of its European campaign to inform regulators and policymakers about the benefits of lead batteries.

In September that year, the former Advanced Lead Acid Battery Consortium (ALABC) announced it was changing its name to the Consortium of Battery Innovation (CBI). The new CBI unveiled a raft of research plans and programmes to promote lead batteries. In February 2019 the relaunch became official.

And here we are now. This March, the world was stunned by a mysterious virus that originated in Wuhan, China and spread across the entire globe, bringing countries to their knees and businesses to a halt.

The lead battery industry, as ever, was pragmatic, and leaders pledged to carry on, many of them offering extra support to their workers and help with things like hospital equipment.

The Covid crisis caused conference after conference to be cancelled or postponed, but some stuck with the same dates and went online. Credit where credit is due goes to  BCI and ILA conferences, which went ahead in what many hailed as the best way possible given the circumstances.