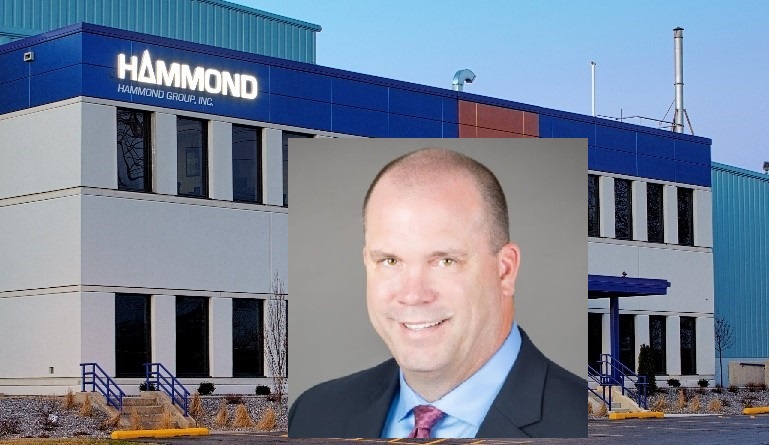 February 24, 2022: Hammond Group promoted Ray Goodearl this February to a new position as director of marketing and global accounts. This is part of a larger rethink and expansion of Hammond’s international operations taking place in coming months.

“Hammond has had a strong reputation as a leader in the battery oxide and additive business for decades,” Goodearl said. “I was asked to see if I could build on this reputation and take it to a new level so we could develop and grow new markets and extend our footprint in existing ones.”

In addition to this development work, part of Goodearl’s tasks will include a re-evaluation of Hammond’s existing market strategies, a shift to extract greater value from consistent branding, and an increased presence in social media.

With 35 years’ experience in the battery industry, Goodearl (pictured above) is a well known and well liked figure. He first came to prominence while working for Randy Hart at Superior Battery Manufacturing Company in 2006 as vice president of international sales and marketing.

There he was responsible for creating an international sales operation, a strategy that proved both its importance and worth as the world fell into recession in 2008.

In 2014, Goodearl moved to NorthStar Battery Company, then seen as one of the industry’s most charismatic battery firms. During his tenure, National Sales grew rapidly by advancing NorthStar’s TPPL technology.

Terry Murphy, president of Hammond Group, said: “We are poised to expand our business internationally with our proven and new range of battery oxides, performance additives, and related products.

“Our recently released GravityGuard, for example, is a pivotal product innovation for extending battery life. We expect GravityGuard will be one of our leading products in supporting advanced battery manufacturing worldwide for years to come. Ray will be a key figure as our group refocuses our marketing and sales efforts.”

Goodearl said the company’s inherent strengths will support his efforts: “Today, some of our employees are third and fourth generation with Hammond.

“It’s one of the best traditions of this company. At the same time, the company’s leadership has done a great job of blending this depth of knowledge and loyalty with industry expertise from outside these traditions when needed to keep Hammond focused on producing and innovating for our customers.”

Goodearl is keen to emphasize the company’s structure — it’s an ESOP meaning that the employees are part owners of the company. This enables employees to benefit from the company’s success as it drives more success for its customers. Additionally, Hammond achieved IATF 16949 certification in 2020 — an automotive quality management system standard putting the firm on an elite list of OEM suppliers that is now required by a number or customers.

Goodearl is an active member of the Data Book, Technical, and Product Information Committees within Battery Council International. Goodearl is also on the Start-Stop Battery Committee within SAE.