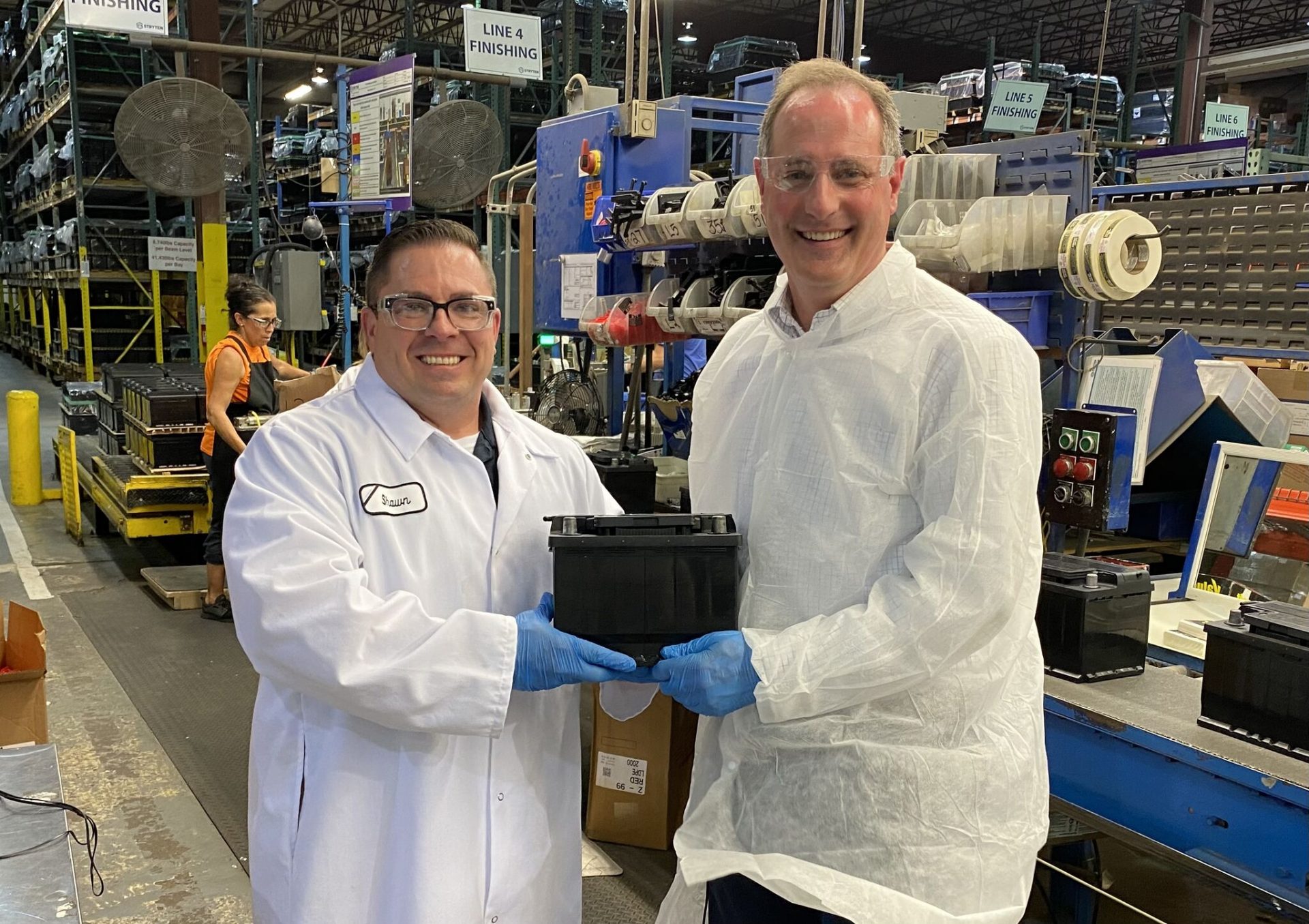 July 14, 2022: Stryten Energy has been praised for its “cutting-edge” role in support of US energy policy, during a tour of the company’s Kansas plant on June 20 by congressman Tracey Mann.

Stryten announced in March that it had formed two new divisions — Motive Power and Essential Power — focused on developing and producing multiple battery technologies, including lead, for the energy storage market.

Mann, who represents the district that is home to Stryten’s Salina plant, said: “Now more than ever, the US must utilize an ‘all of the above’ energy strategy that prioritizes American energy independence.”

“Stryten Energy is committed to solving the world’s most pressing energy challenges and enhancing America’s energy freedom — it is an honour to have such a forward-thinking and cutting-edge business in the Big First District.”

The Salina manufacturing facility, one of 12 Stryten sites across the continental US, produces transportation batteries that are sent directly to aftermarket retail locations and battery distributors.

Stryten’s vice president for corporate communications, Melissa Floyd, said: “Domestic manufacturers like Stryten are working hard to meet the current demand for energy storage in the US and we appreciate Representative Mann’s support for an energy strategy that prioritizes American energy independence.”

Mann’s visit followed an April 22 tour of the plant made by fellow Kansas lawmaker Sharice Davids.

Representative Davids visited Stryten as part of her ‘Made in Kansas’ tour to promote domestic manufacturing and supply chain solutions, after being selected as a key negotiator for the House of Representatives as lawmakers finalized a bipartisan supply chain package in Congress.

“Stryten is a great example of the energy and supply chain solutions we should continue to grow here at home,” Davids said.

BCI urges improved US labelling and recycling of batteries