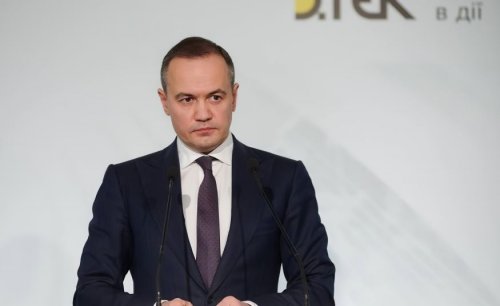 August 25, 2022: Ukraine is in talks aimed at expanding the use of battery storage systems to support electricity exports and earn revenue to support the war-torn nation, the head of the country’s DTEK energy group revealed on August 18.

CEO Maxim Timchenko (pictured) said in an online briefing that the European association for the cooperation of transmission system operators for electricity (ENTSO-E) had given the green light on July 30 for a 2.5-fold increase in the export of Ukrainian electricity to Europe up to 250MW — which yields cash to invest in the country’s energy sector.

Timchenko said further grid integration with ENTSO-E has the potential to provide an additional 7.7GW of electricity capacity for the EU, so Ukraine is working to expand deployment of battery energy storage to support domestic power supply and exports.

DTEK is already in active discussions with Honeywell to expand Ukraine’s BESS capacity to 20MW by the end of the first quarter of next year, Timchenko said.

The companies previously worked together to install a pilot 1MW/2.25MWh lithium ion BESS in May 2021 at Ukraine’s south-eastern Zaporizhzhya nuclear power plant — where shelling by Russian forces continues to damage infrastructure surrounding the facility and a nearby gas and coal-fired power plant, the International Atomic Energy Agency said on August 23.

However, Timchenko said “even if Ukraine loses the Zaporizhzhya nuclear plant, there will be enough (generating) capacity for internal needs, although exported electricity would need to be reduced”.

This is why Ukraine wants to expand its use of battery storage. “We can scale this technology,” Timchenko said.

DTEK is a wholly-owned subsidiary of conglomerate SCM, which is headed by Ukrainian businessman Rinat Akhmetov.