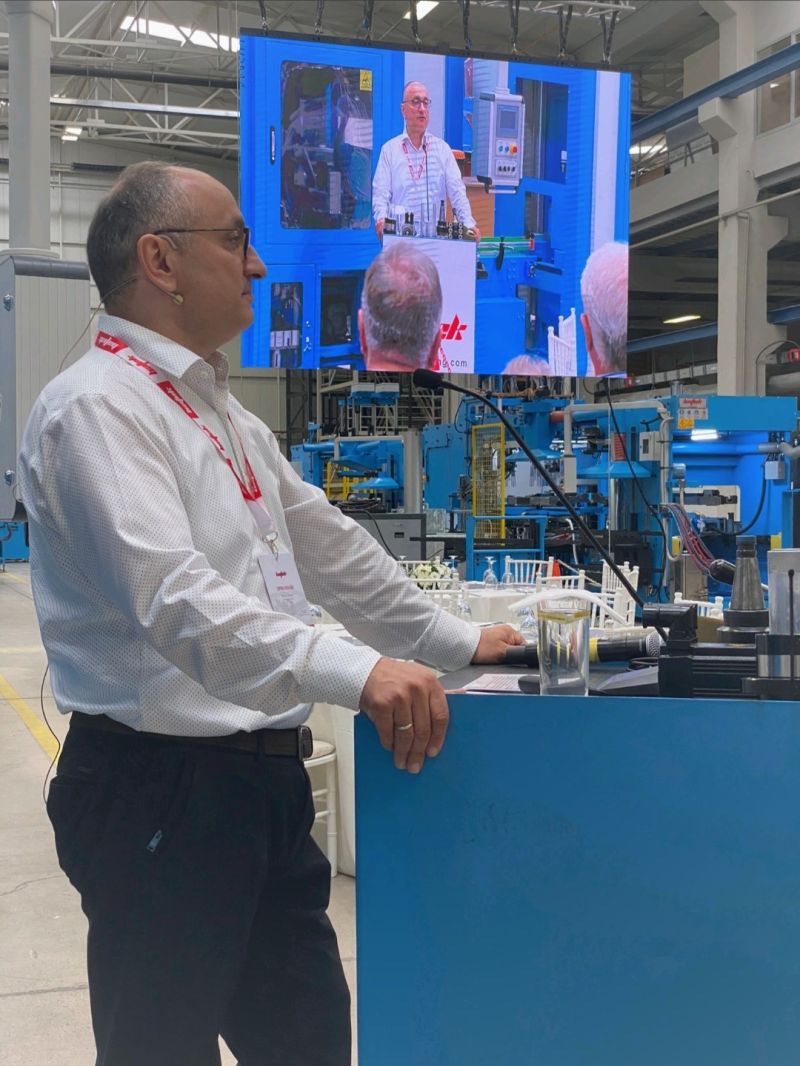 The company’s clients were among the many guests invited to tour the 4,500 sq metre facility at the port town of Dilovasi on September 5. Many of the visitors continued on to attend the ELBC conference in Lyon held that week.

Batek MD Mahmut Celal Sarıçam (pictured at the event) told BESB that the tour included a demonstration of some of the state-of-the-art facilities at the plant, including a completed assembly line and post burning machines for truck batteries.

Guests then joined Batek staff on a dinner cruise on the Bosphorous.

Batek’s plant was opened in 2020 — helping to expand the firm’s production capacity threefold, along with Batek’s acquisition of Italian formation firm Bertola and its subsidiary Moran, which was completed in January 2021.

Sarıçam said the company is fulfilling contracts for several major international projects, especially orders for assembly lines, which account, he said, for a significant share of the plant’s production capacity.

On January 3 this year, Bűlent Őmerderelioğlu, who has been a consultant to the company for more than a decade, was appointed as Batek’s CEO.