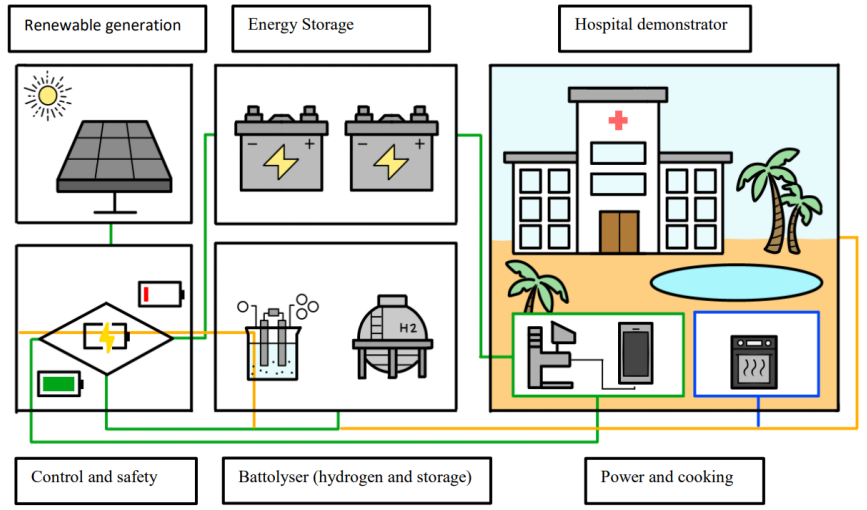 September 9, 2022: A consortium of international partners including the Consortium for Battery Innovation have won a €10 million ($9.9 million) call under the EU’s flagship research and innovation funding instrument, Horizon Europe, it was revealed at the European Lead Battery Conference (ELBC) in Lyon on September 7.

The funding bid was the first made by the CBI and its partners under the Horizon programme, it will see the ‘LoCEL-H2’ (low-cost, circular, plug and play, off-grid energy for remote locations including hydrogen) projects deployed in off-grid communities in Zambia and Ivory Coast.

At the core of each project will be lead battery electrolyser components — the battolyser — paired with renewables for electricity generation and a hydrogen solution for clean cooking in isolated communities without access to a power grid.

“As far as I’m aware, this is the first time lead batteries have been involved in securing funding under Horizon Europe.

“This goes to show what can be achieved by the lead batteries industry and I look forward to potentially seeing more high-quality proposals being made in partnership with the advanced lead batteries sector to secure other such projects worldwide in the future.”

The Horizon funding comes just two weeks after BESB revealed that the CBI and Loughborough University had drawn up proposals for two additional, separate projects in the East African nation of Malawi.

For Malawi, the partners have submitted a funding bid to the UK government agency — Innovate UK — for just over £1.3 million ($1.5 million) to develop a novel hydrogen-production energy storage system that uses a battolyser.

The Modular Energy Storage with Clean Hydrogen (MESCH) project will, if the funding application is successful, develop a first unit to support operations at a hospital in Malawi. The system will provide essential backup power and also turn excess solar power into hydrogen for cooking.

The second funding bid proposed, for around £300,000-£400,000, is for the ‘AfTrac’ project — that aims to develop ‘micro tractor technology’ powered by lead batteries in support of African agriculture.

This project is being led by Loughborough University, with the CBI and another UK organization as partners.

Both Malawi funding proposals were under consideration by Innovate UK as BESB went to press. Telford told The Battery Street Journal that CBI member companies would provide the lead battery technology for MESCH and could possibly supply the AfTrac project too — should the bids be successful.