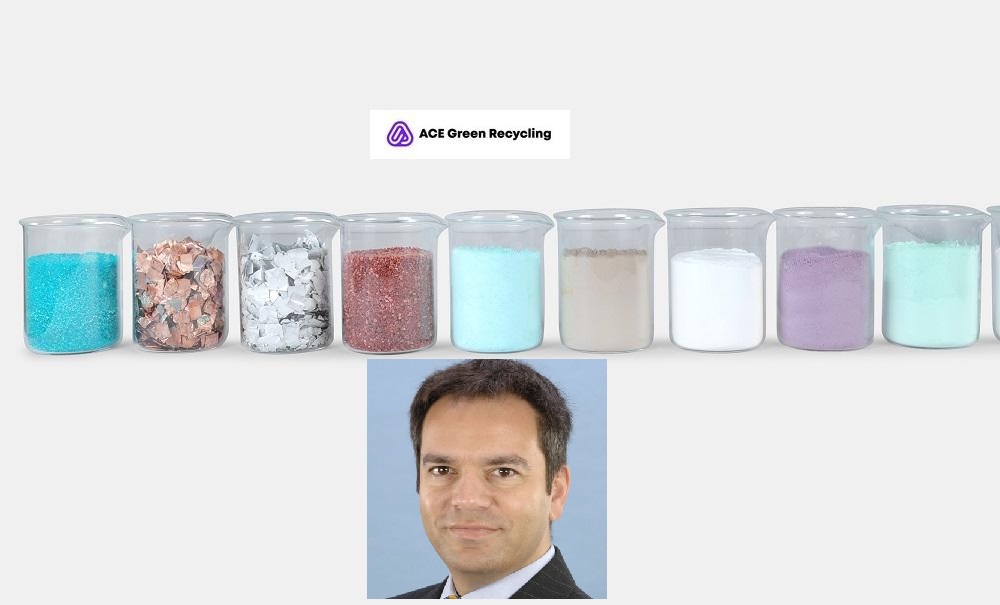 July 22, 2022: Lead analyst Farid Ahmed, the newly-appointed vice president of global strategy and business development for ACE Green Recycling, has told BESB the company is on track to produce refined lead in the US towards the end of next year.

Some industry commentators say that the hydrometallurgical process for battery recycling is fraught with potential commercial and technical difficulties, making such projects unfeasible (see Batteries International issue No.121).

However, the lead and lithium batteries recycling company ACE expects production to start at the plant it is building in Texas around the fourth-quarter of 2023, says Ahmed (pictured) — until recently an analyst with Wood Mackenzie.

And Ahmed said he looked forward to making a “bigger contribution to the sustainability and perpetuity of the lead industry while also gaining a footing in the lithium-ion sector”.

ACE unveiled plans on May 10 to build and operate what it claims will be an “electric-powered, emission-free” lead and lithium batteries recycling facility in Texas.

To date, the US-registered company has been cautious about releasing details of the technology it has developed, which Ahmed said is with good reason. ACE lists five battery recycling projects on its website, including Texas, as “coming soon” but is starting to disclose information such as the projected annual recycling capacities of 100,000 tonnes of lead batteries and 20,000 tonnes of Li-ion batteries at its Texas facility.

“There is a delicate balance between having your IP and processes fully protected by patents and discussing processes openly,” Ahmed said.

“I have known the company for more than a year and I have seen their very detailed process mass balance models and scrutinising all that gave me the confidence to accept the offer to join the company. Its technology is built on sound foundations.”

ACE developed what it described as a small commercial plant in India, near Delhi, where Ahmed said customers saw the lead recycling facility in operation. “With the lead recycling process having been proven, the equipment has now been disassembled and a lithium recycling plant is being built there to demonstrate and optimise that technology,” Ahmed said.

Meanwhile, Ahmed said the firm is constructing equipment for two major Asian lead recyclers, which is due for delivery in August and slated to be producing lead by late September.

ACE recently established a UK entity, through which Ahmed works and which will focus on EMEA and global markets as the company develops partnerships in lithium battery recycling.

Ahmed has worked in and around the metals industry since graduating with a degree in Metallurgy in the mid-1980s and has specialized in lead since 1992.

He worked in R&D of platinum group metals for Johnson Matthey in the late 1980s and moved into lead in the early 1990s, working initially as a production metallurgist at Britannia Refined Metals before moving into the commercial sector of that company.

From the mid-2000s, he worked as a consultant to the lead industry, spanning the whole vertical sector from raw materials, production and processing to specialist sales, product development and market analysis. He joined Wood Mackenzie in 2015.

Ahmed discusses ACE’s long-term business plans in detail in the upcoming summer edition of Batteries International magazine. If you’re not already a subscriber, click here for details of our range of print and digital newsletters and magazines.